Liz Fong-Jones has 11 years of experience in SRE and previously worked at Google. Now she’s the principle dev advocate at Honeycomb.

In this session, she discussed infrastructure practices at Honeycomb. First, Honeycomb provides observability for development teams. And they have to ship new features quickly as well as provide a lot of reliability for their customers.

The fundamentals for infrastructure are the same as for building a reliable service. They want to empower teams to explore the data that those teams need to explore their systems.

Yes, it’s true. Honeycomb does deploy on Fridays. But there’s no “push and run,” where developers push code to production at 5 p.m. and then head home for the weekend. They stick around and observe what the new feature is doing in production. 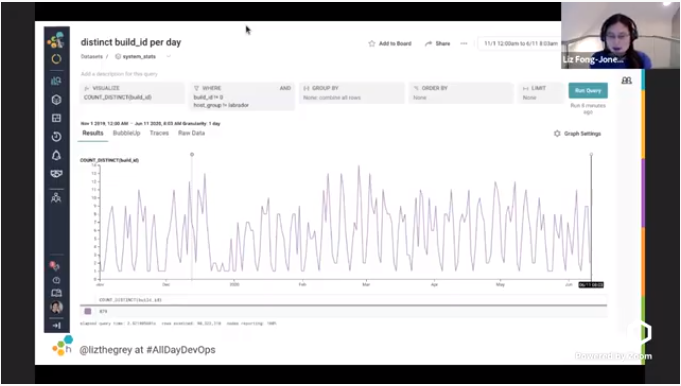 How do they make it happen? They need the right tooling,…